The Malaysian Rubber Council (MRC) , formerly known as Malaysian Rubber Export Promotion Council, was incorporated on 14 April 2000 under the Companies Act 1965 as a company limited by guarantee under the Ministry of Plantation and Commodities (MPC).

MRC is governed by a Board of Trustees appointed by the Ministry of Plantation and Commodities (MPC). MRC is tasked with undertaking market promotion of quality Malaysian rubber and rubber products in world markets. MRC has overseas offices in the US, China, India, Europe and the Middle East.

The USA office was set up in Washington DC in February 2001 and serves as a centre of information on Malaysian rubber and rubber products for the American public and end-users. In particular, it addresses American concerns regarding latex products, especially latex gloves, through the dissemination of balanced and accurate information.

MRC has two offices in China – the Shanghai office was set up in September 2011 and the Guangzhou office in April 2016. MRC China facilitates and assists Malaysian companies seeking to grow their business in China.

MRC India was set up in Mumbai in May 2016 to facilitate the export of Malaysian rubber and rubber products as well as assists Malaysian companies to grow their business in India.

MRC's Europe office is located in London which plays an important role to facilitate exports of Malaysian rubber products into Europe by monitoring developments and changes in policies and new regulations concerning the importation and use of rubber products in Europe.

MRC’s Middle East office was established in Jeddah, Saudi Arabia, in September 2021 to explore and facilitate potential joint ventures, foreign investment and R&D collaborations in the MENA region. It also provides information and educational materials to buyers and end consumers on quality rubber and rubber products. 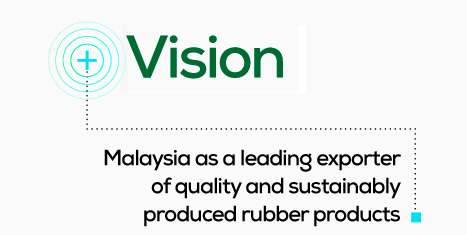